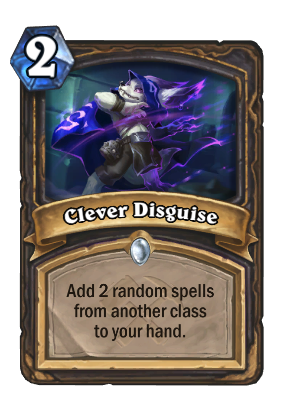 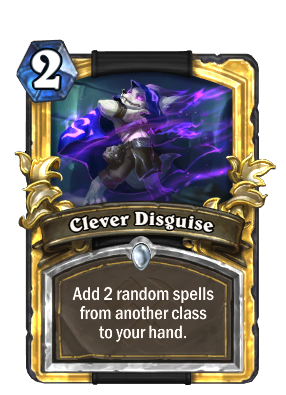 Add 2 random spells from another class to your hand.
Flavor text

Clever Disguise is a common rogue spell card, from the Saviors of Uldum set.

Clever Disguise can be obtained through Saviors of Uldum card packs, or through crafting.

This card is a slightly less flexible but far more powerful version of Burgle. Since it generates two spells for only two mana, Clever Disguise is a great value play. It also works well with Tess Greymane.