This article is using {{Card template}}.
See Help:Style guide/Card for how to edit this kind of article.
Edit this article
Claw
1050 • CS2_005
Regular 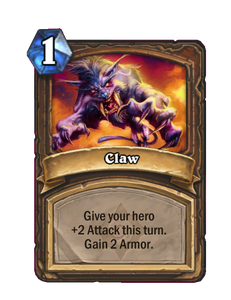 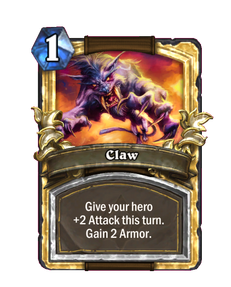 The claw decides who will stay and who will go. 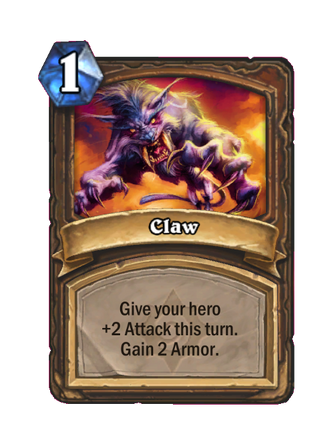 Claw is a druid spell card, inducted into the Legacy set, formerly from the Basic set. It grants the druid +2 Attack this turn, and 2 Armor. 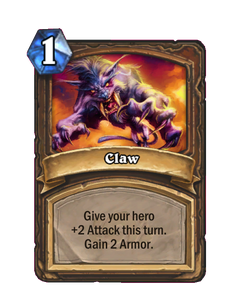 Regular and golden Claw are uncraftable and cannot be crafted or disenchanted. 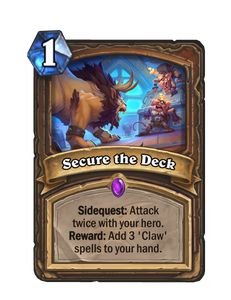 The Attack granted by Claw may be used to target minions or heroes. Claw is best used to destroy a pesky enemy minion, as the Armor it provides will help block the damage from the minion you target. Used in conjunction with the druid hero power

Shapeshift, you can deal 3 damage and protect yourself from 3 damage.

In World of Warcraft, Claw was an attack available to druids in Cat Form.