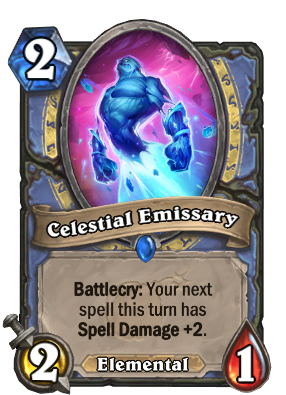 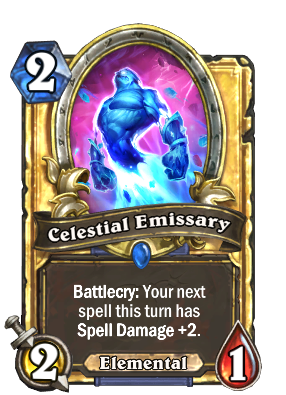 Battlecry: Your next spell this turn has Spell Damage +2.
Flavor text

Casting with the stars.

Celestial Emissary is a rare mage minion card, from The Boomsday Project set.

Celestial Emissary can be obtained through The Boomsday Project card packs, or through crafting.

Celestial Emissary grants you very cheap Spell Damage, but for one spell only. As such, this works well with AoE abilities such as Shooting Star or Flamestrike.

Be warned that Celestial Emissary grants Spell Damage to any spell you cast immediately afterwards, even if it has no effect, such as The Coin.