The following table shows the calendar release schedule for all card sets. The highlighted sets are in Standard format.

The main distinction between card sets is whether its cards are usable in Standard format or in Wild format.

Card sets can also be divided into more specific categories:

The sets could alternatively be categorized by the way players obtain their cards.

For the purposes of the wiki, further categories can be realized for uncollectible cards:

Core is the primary card set of Hearthstone. It was first made available on March 25th, 2021, shortly before Forged in the Barrens launched. It is the largest set in Standard format, featuring 235 cards.

The purpose of the Core is to provide a modern collection of starting cards to players of all types and make Hearthstone even more approachable for newcomers. Some of the Core cards return from previous sets, some are reimagined favorites, some are completely new. Regardless, all Core cards can be obtained for free through leveling up classes, while their golden cards can be obtained by winning in Ranked, Arena, or Duels games.

Unlike Basic and Classic, which were the main card sets of Hearthstone, Core is refreshed each year. At the end of every year, a new Core Set will take the place of the previous, comprised of new and existing cards. When that happens, Core cards that are rotating will be swapped with new ones in the player's Collection automatically. The original versions of these cards can still be crafted and disenchanted, but the player will be unable to keep their Core versions.[10][11]

Core cards can be used in Standard and Wild format, although you may still only have the normal number of copies of any given card in your deck (two for most rarities, one for legendaries). 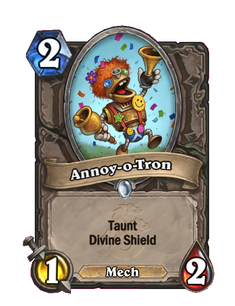 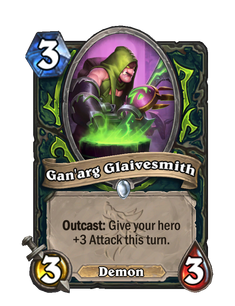 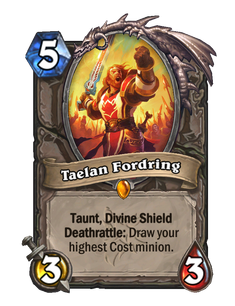 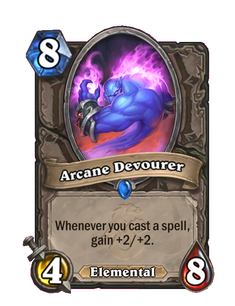 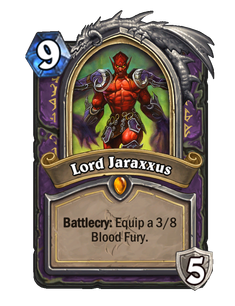 Legacy is a special Wild format card set implemented on March 25th, 2021. It is the largest set in the game, containing 412 cards. Legacy is made of cards from the former Basic, Classic, and Hall of Fame sets.

In the game data, Legacy is technically a representation name of two separate sets, coded as LEGACY and EXPERT1.

All former Basic cards (except Demon Hunter cards), Reward cards, and Promo cards can also be used in Classic format, while the newly replacement cards and all Demon Hunter cards cannot, since they did not appear in 2014. True Legacy cards are all Free rarity.

Expert1 is a set that contain all the Classic cards in 2014, including Classic cards that were in Hall of Fame through time. In gameplay, Expert1 is represented as Legacy, the same name with the true Legacy set.

As a representation of the true original Classic cards, all Expert1 cards can also be used in Classic format.

Card sets based on expansions are the largest sets after Core, usually bringing around 130-170 new collectible cards.

Cards from Standard format expansions can be obtained through:

Card sets based on adventures are smaller than expansion sets, usually bringing around 30-45 new collectible cards.

Cards from Standard format adventures can only be obtained through defeating their corresponding adventure wing, which will grant regular copies of the card. Once the player has obtained the regular version, they can then be able to craft and disenchant both the regular and golden versions of that card.

Cards from Wild format adventures can still be obtained through defeating adventure wings, but can now be crafted and disenchanted regardless of whether the corresponding adventure wing was defeated or not.

Mini-sets are 35 card supplemental sets which continue the theme and mechanics of a previous expansion.

Captain's Parrot, both of which were originally earned through completing certain unique quests.

The associated quests have since been removed, and Reward cards are now obtained through regular crafting, like all Wild format cards. For a list of associated removed quests, see Quest#Removed.

Promo or Promotion cards were moved to the Hall of Fame set on April 4, 2017 with the start of the Year of the Mammoth, effectively closing the Promo set. Promo cards were special cards awarded as part of specific Blizzard promotions. The Promo set featured 11 cards, only 2 of which were collectible, namely

Promo cards were created with a design in mind that they offered no substantial advantage to the owner, since the cards were exclusive and of limited availability. Rather, the cards were designed to bring more of an entertainment and RNG aspect into the game. This prevented Promo cards from becoming "must-have" cards for higher-level play.

Promo cards were notable for being the only card set not available in Arena picks.[13][14]

Basic was a large, freely available card set, with 150 cards, 133 of which were collectible. Many Basic cards were neutral, available to heroes of any class. There were also 10 Basic cards exclusive to each class.

The Coin is also considered part of the Basic set. Because of the nature of the game system, Hero Powers and even heroes themselves are also categorized as Basic cards, but are not counted in this total.

All Basic cards were of free rarity, except for a few uncollectible cards that are common or have no rarity. All free cards are in the Basic set. "Basic cards" and "free cards" are therefore almost, but not exactly, synonymous. All Basic cards lacked the gem that normally indicates card rarity.

All neutral Basic cards were automatically included in players' collections. Five of the class-specific Basic cards were given to heroes as soon as they are unlocked; the other five are gained by advancing those classes in level. A new Basic card is granted for every two levels reached, up to level 10 in each class. All Basic cards are granted in pairs, enabling players to immediately include two of them in their deck if they so desire. Basic cards are uncraftable and therefore cannot be crafted or disenchanted.

A golden version of each Basic card could be obtained by leveling a specific class of hero to a certain level. Raising a hero of the correct class to the required level would 'unlock' the card, granting the player one copy of the golden version of that card. (The second golden copy of the same card is unlocked at a later level). Like the plain versions, golden versions cannot be crafted or disenchanted. While all class-specific golden Basic cards require a hero of the corresponding class to unlock, the required class for neutral cards varies.

The developers considered it important to keep cards from the Basic set relatively simple and their functions easy to understand.[15][16] This allows newer players to get to grips with the game's mechanics before being forced to grasp the subtleties of cards in the other sets. In at least one case this has caused the developers to significantly change the function of a card in development, due to new players finding the function's subtleties too confusing.[17]

The common rarity originally applied to approximately half of collectible Basic cards, identifying class cards that had to be unlocked by leveling up, and neutral cards that were not available until after the tutorial (with one exception,

Goldshire Footman). However, the Year of the Mammoth changed these to be uniformly free. Among uncollectible Basic cards, common rarity still indicates tokens created by other cards, free rarity is used on cards created by Hero Powers, and

Excess Mana have no rarity at all.

In the Year of the Gryphon, the Basic set was removed from the game, and its cards were moved to the Wild-restricted Legacy set. The Basic set still retains its original functionality in Classic format.

Classic (formerly known as Expert) was the largest card set, with 294 cards, 240 of which were collectible. It featured 135 collectible class cards (15 for each class) and 105 collectible neutral cards. Classic cards could be recognized by the distinctive "Hearthstone swirl" behind the card text, not found on other cards.

As the larger and more advanced of the two "permanent" sets included in Standard format, Classic cards frequently featured as core cards in successful decks, and the developers constantly monitor the set's power to ensure it does not form too large a proportion of decklists, thus causing the meta to become excessively stale. As of early 2017 the Classic set is "the most powerful set by a wide margin".[18]

Classic cards could be common, rare, epic or legendary.

In the Year of the Gryphon, the Classic set was renamed to Legacy. Most of its cards were moved to the Wild-restricted Legacy/Expert1 set.

Hall of Fame was a special Wild format card set, created on April 4, 2017 just before the start of the Year of the Mammoth. The set contained several collectible cards.

According to Yong Woo, if a metagame largely consists of decks with too similar cores and ideas, the development team will consider making changes to problematic cards found in such decks. Moving problematic cards into the Hall of Fame is one way in which a fresh meta can be ensured; however, it is not something that the designers plan to do on a regular basis.[20]

Being Wild format cards, Hall of Fame cards could only be obtained through crafting.[21] When cards were moved to the Hall of Fame set, they would be removed from their previous sets, and would no longer appear in card packs or be offered as rewards in the Arena, Highest Rank Bonus chest, or Heroic Brawliseum.[22]

In the Year of the Gryphon, the Hall of Fame set was removed from the game, and its cards were moved to the Wild-restricted Legacy set or returned to their home set in the case of the cards from The Witchwood.

Wild Event was a promotional card set that existed from October 8th, 2019 until December 5th, 2019. It consisted of 23 collectible cards, 5 neutral and two for each class. Wild Event cards were extra copies of notable Wild format cards given to each player for free, and were usable in Standard format. These cards could not be crafted or disenchanted, and had no Golden versions.

All Wild Event cards were removed from the game at the end of the event.