Call of the Void

Edit
Call of the Void
Regular 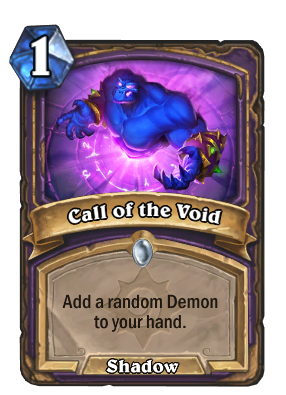 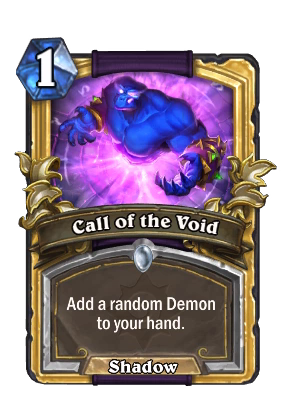 Add a random Demon to your hand.
Flavor text

Call of the Void is a common warlock spell card, inducted into the Legacy set, formerly from the Classic set.

Call of the Void can be obtained through crafting only.

A simple spell that lacks a degree of synergy. While some demons can be strong, many are reliant on your deck type, too slow if cast for an extra mana, or simply too weak overall. The randomness and low number of good outcomes make Call to the Void very unimpressive.

Demonic Studies is strictly better than this card, letting you choose between three demons while also discounting your next one.