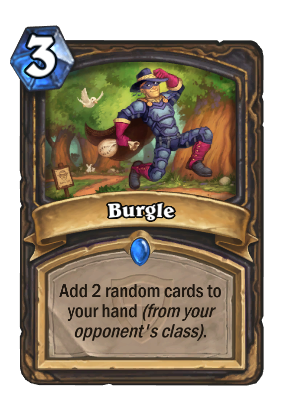 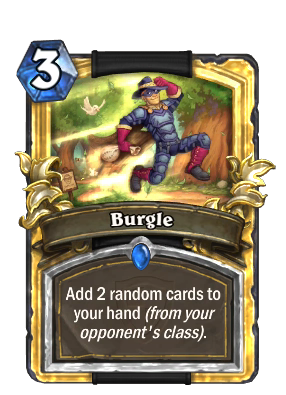 Add 2 random cards to your hand (from your opponent's class).
Flavor text

Burgle is a rare rogue spell card, from the Grand Tournament set.

Burgle can be obtained through The Grand Tournament card packs, or through crafting.

This card gives you card advantage in the form of taking any class cards from your enemy. Any minion, spell or weapon from their class can be given to the rogue with this card. Due to this the card shines in a control play style and is weak in an aggro one (aggro decks only want cheap cards and playing this card alone is a tempo loss).