Edit
Bulwark of Azzinoth
Regular
Gold
Whenever your hero would take damage, this loses 1 Durability instead.
Flavor text 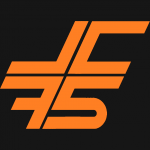