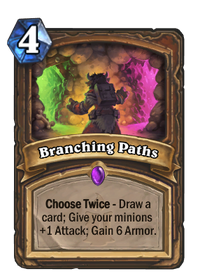 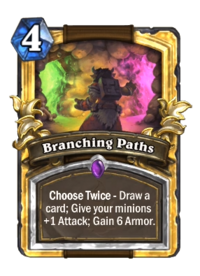 Three paths diverged in a darkened hall, and I -
I took the one less traveled by.
And got eaten by a slime.

Branching Paths is an epic druid spell card, from the Kobolds & Catacombs set.

Branching Paths can be obtained through Kobolds & Catacombs card packs, or through crafting. 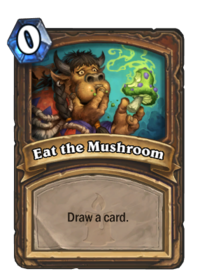 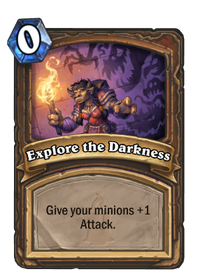 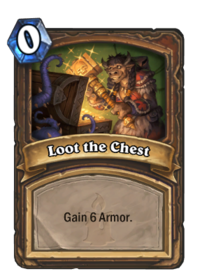 Branching Paths is a very versatile card that allows you to mix and match effects for the situation, whether for buffing your minions to push for damage, gaining armor to survive, or drawing cards. This card is best used aggressively in decks focused on AoE buffs to take full advantage of the attack buff and use as card draw if necessary, or defensively for armor gain with card draw, like Shield Block would. It can also be run in combo decks to help search for cards or bulk up as the situation demands.