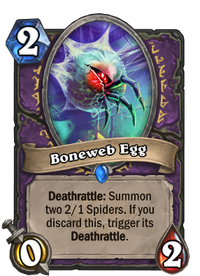 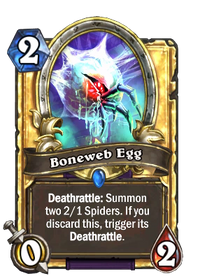 Deathrattle: Summon two 2/1 Spiders. If you discard this, trigger its Deathrattle.

Noblegarden is going to be really exciting this year!

Boneweb Egg is a rare warlock minion card, from the Scholomance Academy set. 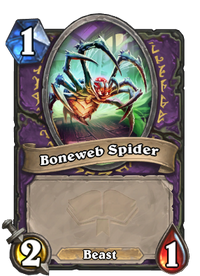 The deathrattle is also triggered when the card is discarded, allowing for numerous synergies (check the linked articles about discarding for more information).