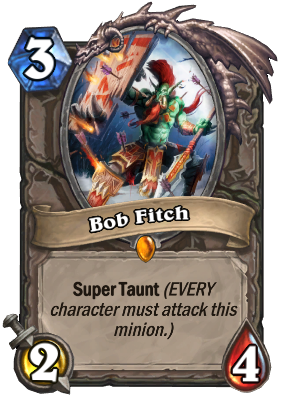 Bob Fitch is a Technical Director[1]/Lead Software Engineer[2] at Blizzard Entertainment, and a member of the Team 5 Hearthstone development team. He is featured in the credits card of the same name.

The art for Fitch's credits card was created by .[7]