This article is using {{Card template}}.
See Help:Style guide/Card for how to edit this kind of article.
Edit this article
Blizzard
457 • CS2_028
Regular 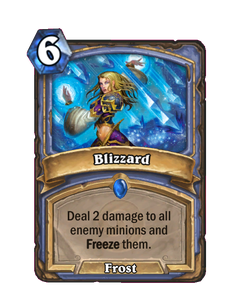 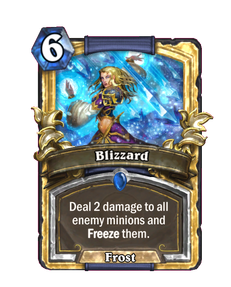 This spell can be very Entertaining. 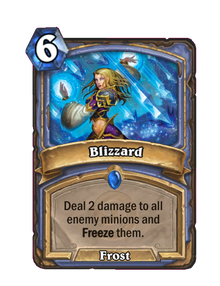 Blizzard is a rare mage spell card, inducted into the Legacy set, formerly from the Classic set. 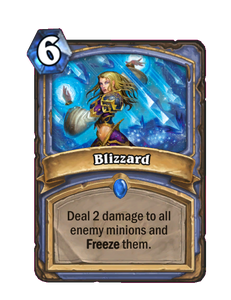 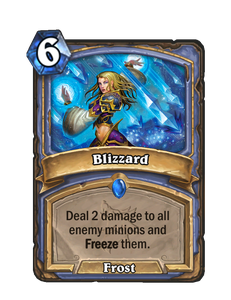 Blizzard's mass-freeze mechanic coupled with its 2 AoE damage can make it a deadly mass-removal card. Keep in mind that freeze only affects a minion's ability to attack, and silencing a frozen minion will remove the freeze effect.