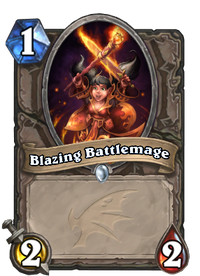 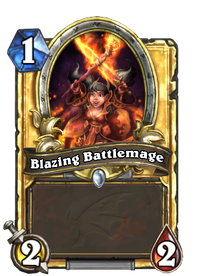 Weaponized an ancient technique once used to slice cold butter.

Blazing Battlemage is a common neutral minion card, from the Descent of Dragons set.

Blazing Battlemage can be obtained through Descent of Dragons card packs, or through crafting.

As a 2/2 for 1 mana, equivalent to Enchanted Raven, Blazing Battlemage is fairly strong for its cost. As such, it is very strong when played on early turns. This card is best suited for aggressive decks to gain an early tempo lead. 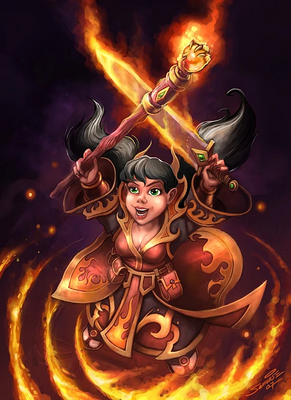