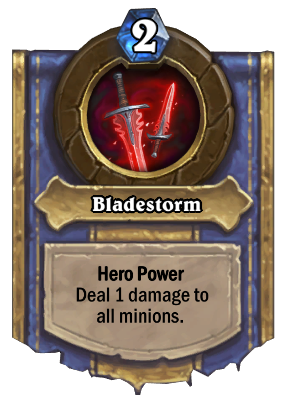 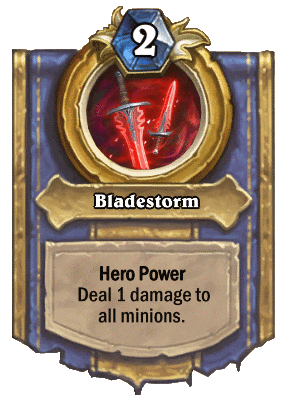 For the collectible spell of the same name, see Bladestorm.

Bladestorm is a replacement Hero Power, granted by Scourgelord Garrosh. 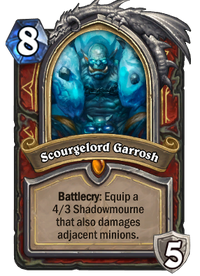 Bladestorm is a warrior ability (available as a regular ability for Arms and as an optional talent for Fury) which transforms the warrior into an "unstoppable storm of destructive force", causing them to deal significant Physical damage to all nearby enemies over 6 seconds while also temporarily making them immune to loss of control effects but also allowing them to still use defensive abilities and avoid enemy attacks. The ability first appeared as the Ultimate ability of the Blademaster hero unit in Warcraft III: Reign of Chaos.