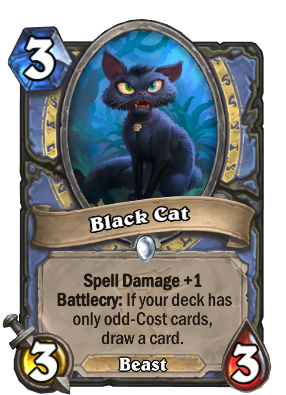 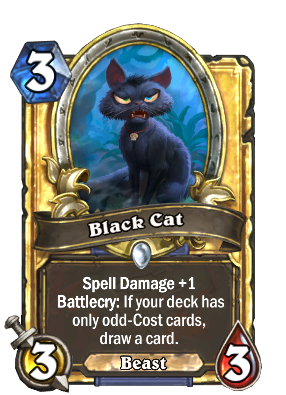 Spell Damage +1
Battlecry: If your deck has only odd-Cost cards, draw a card.
Flavor text

Black Cat can be obtained through The Witchwood card packs, or through crafting.

Without its bonus effect, this card is equivalent to Soot Spewer but with the Beast tag, which is generally not playable in Constructed. Bloodmage Thalnos provides roughly the same effect for 1 less mana.

With the Battlecry, this card works as a cheaper Azure Drake, a staple in many old Mage decks. Its versatility keeps it a good option for Baku the Mooneater decks.