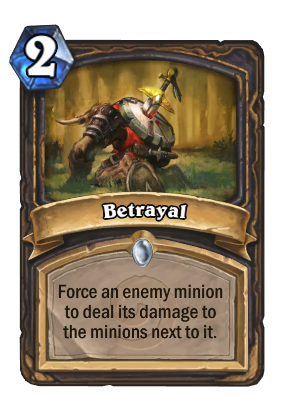 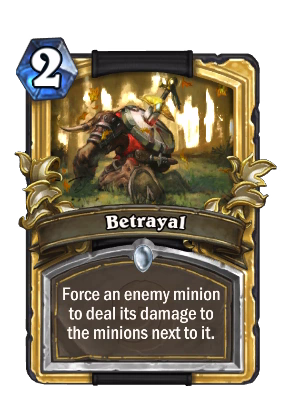 Force an enemy minion to deal its damage to the minions next to it.
Flavor text

Everyone has a price. Gnomes, for example, can be persuaded by stuffed animals and small amounts of chocolate.

Betrayal is a common rogue spell card, inducted into the Legacy set, formerly from the Classic set. 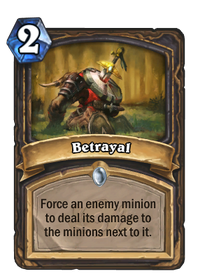 Betrayal can be obtained through Classic card packs, or through crafting.