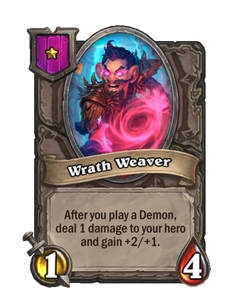 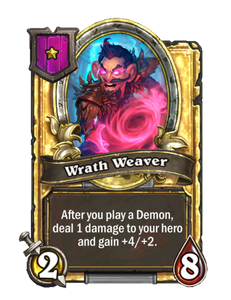 Wrath Weaver is a Tier 1 minion in the Battlegrounds game mode.

Mal'Ganis will allow Wrath Weaver to be continually buffed without any self-damage.