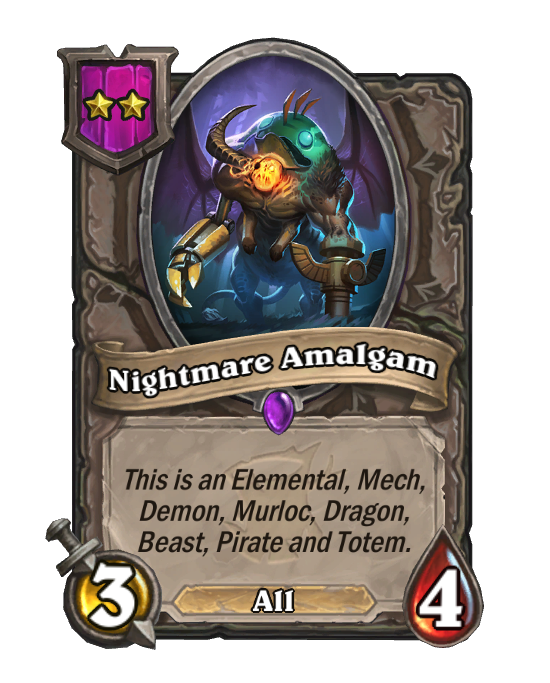 Be all that you can be.

Nightmare Amalgam was a Tier 2 minion in the Battlegrounds game mode.

There was no separated golden version of Nightmare Amalgam.

Nightmare Amalgam was a highly flexible minion that benefitted from every buff in the game, and was applicable to nearly every strategy if you grab this minion early enough.

It could be employed to fill for missing tribal synergies to make the most out of Lightfang Enforcer and Queen Wagtoggle's hero power. As such, it was a crucial minion for battlecry strategies that revolved around Brann Bronzebeard, and spending rounds buying and selling various battlecry buff minions.

Towards the end game if you had two Nightmare Amalgams with poisonous and divine shield, it was generally not advisable to merge them into a golden copy.