< Battlegrounds
Edit
watch 02:53
GTA: The Criminal Enterprises - The Loop
Do you like this video?
Play Sound 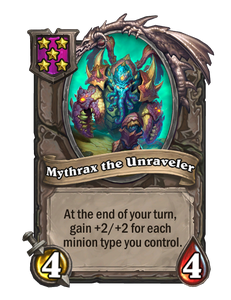 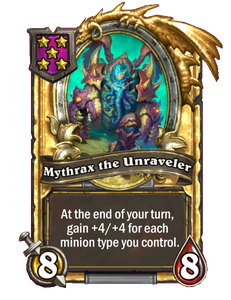 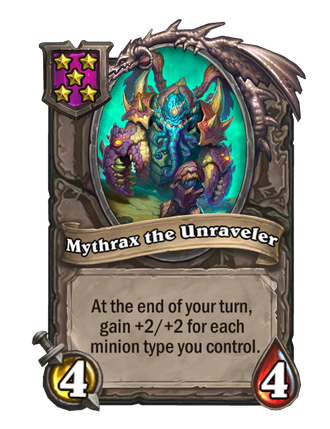 Mythrax the Unraveler is a Tier 5 minion in the Battlegrounds game mode.

Mythrax is a C'Thraxxi warbringer who, long ago, assaulted Zandalar. The loa Sethraliss sacrificed herself to slay it, turning the region of Vol'dun into a desert in the process. Mythrax's body was sealed within the temple of Atul'Aman, until recently when General Jakra'zet, an ally of Zul, roused Mythrax. Zul led the C'Thrax to siege Zuldazar and break the Great Seal, the last of three seals that held their master G'huun imprisoned beneath Uldir. With his mission complete, Mythrax returned to his master's side in Uldir.