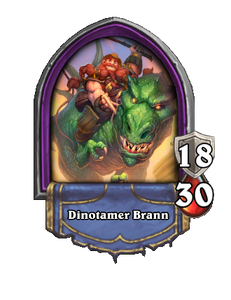 The fates spoke of a glorious destiny for Brann. They failed to mention training a dinosaur through teething.

Brann Bronzebeard is a hero that the player can pick in the Battlegrounds game mode. 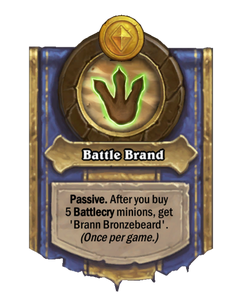 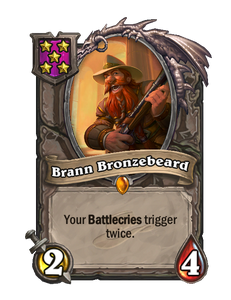 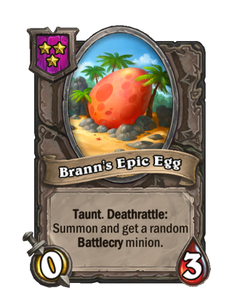 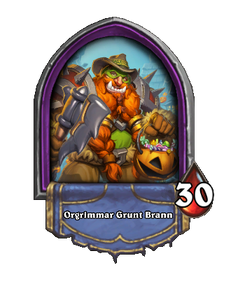 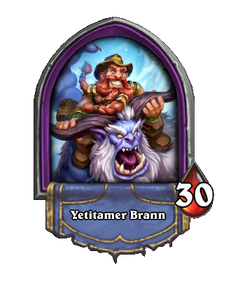 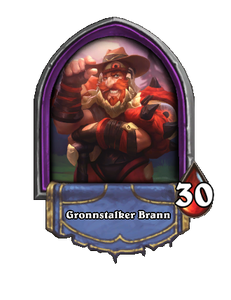 Brann's Hero Power is generally worth using in the early game. Alleycat and Murloc Tidehunter are worth picking up for the extra gold or an early Nathrezim Overseer or Menagerie Mug provides a good stat boost for its availability. It gets less useful in the mid-game depending on your composition, but its usefulness late-game spikes up for certain builds, especially if you have the other Brann. Kalecgos, Arcane Aspect is particularly powerful since what Battlecry minion you get is usually irrelevant, and if you can upgrade to Tier 6 it helps with searching for an Amalgadon.