This article is using {{Card template}}.
See Help:Style guide/Card for how to edit this kind of article.
Edit this article
Baltharak
60138 • BTA_BOSS_04h
Regular 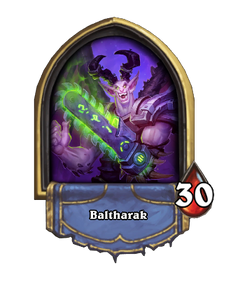 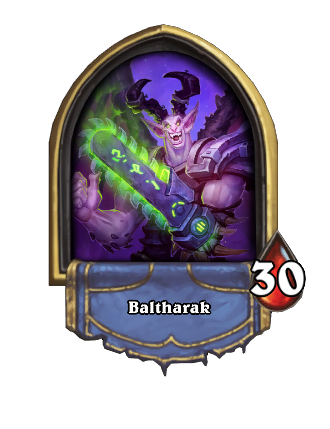 Baltharak is the fourth and final boss encounter in Chapter 1: A World in Ruin of Trial by Felfire Story. 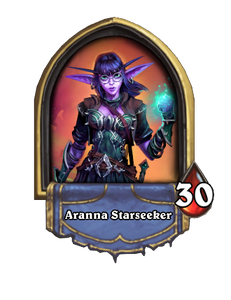 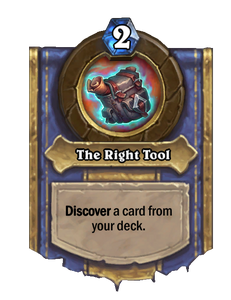 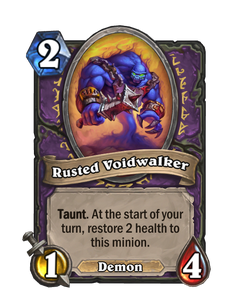 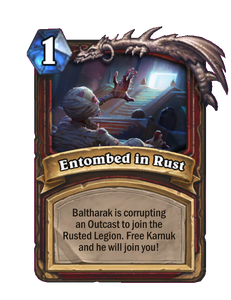 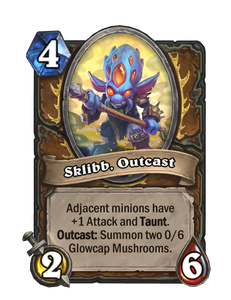 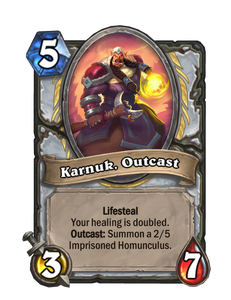 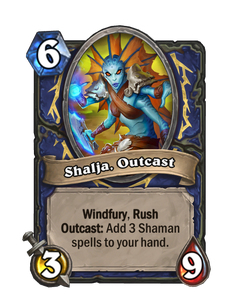 This is a battle of endurance. With a good variety of Demons and even a Hero Power that grants a HUGE source of healing and card draw when a Demon dies, Baltharak is no slouch as the final boss of Chapter 1. Due to the immense healing granted by his Hero Power, rushing Baltharak would be almost impossible. However, this powerful ability can be proven to become his own undoing.

Your only focus here should be on survival, maintaining good board control, and picking up the most efficient trades possible with your minions.

Dancing Swords in particular is great for its good stats and additional card draw for the boss. When his hand is full, use

Coldlight Oracle at any given opportunity to mill out more minions from his deck.

Slowly but surely, it'll reach to the point where you've killed every minion Baltharak could play, leaving him to take huge fatigue damage resulting from the increased card draw.

Illidan Stormrage
Our heroes brace and find their nerve: Before another's made to serve.

Aranna Starseeker
Another one of those Rusted fiends... get back!
Baltharak
This orc is ours! But we'll take you too...

Baltharak
Was that a joke? I think it was a joke.

Baltharak
All is rust.
Good things come to those who wait, don't they? Heheh.
The Mag'har orcs are destined to serve the Rusted Legion.

Karnuk, Outcast
My people in this land reside... We're drowning in a rusted tide!

Ahhh... What a refreshing soul.

Whoops. That one slipped.

Get out here already, imp!

Go on then. Destroy them.

Ugh. Yuck. Sporelings are so... slimy.

Another one of those mushroom things... a tasty snack.

Karnuk, Outcast is summoned on the player's board

Aranna Starseeker
Awaken priest, rise up: We're here! We'll fight these rusted puppeteers.
Karnuk, Outcast
I will join you; we will hold fast! Together forever, we outcasts.

Karnuk, Outcast
Thank you. This one has hunted me for weeks.
Aranna Starseeker
You don't seem like the other orcs here... who are you?
Karnuk, Outcast
I am Karnuk. I refused to join these Rusted fools and for that, they hunt me.

Baltharak is original to Hearthstone. He is a nathrezim.

Nathrezim are intelligent and cunning demons who usually act as intelligence agents, interrogators and emissaries for the fiery lords of the Burning Legion, notably Kil'jaeden, as well as tacticians and lieutenants upon the field of battle in times of war. While they are powerful foes on the battlefield, they prefer to turn nations against each other through manipulation and guile. The nathrezim are merciless villains who feed upon the energies of mortal creatures. They utilize terror and subterfuge - often turning brother against brother as whole worlds fall before their dark influence. They are known to be extremely manipulative and masters of trickery; they sometimes refer to themselves as thal'kituun in their language, meaning "the unseen guests".

Their homeworld, Nathreza, found a similar fate to Draenor, as

Illidan Stormrage obliterated a great part of it. The demon hunter believed that he caused a cataclysmic explosion by overloading the portal he had opened to Nathreza.

During the Third War, some dreadlords served as the Lich King's jailors, at the behest of Kil'jaeden, and commanded the Plague of Undeath and the Scourge that swept through Lordaeron.