Hearthstone Wiki
Register
Don't have an account?
Sign In
Advertisement
in: All cards, Wild format cards, Pages with no result queries, Animated objects

This article is using {{Card template}}.
See Help:Style guide/Card for how to edit this kind of article.
Edit this article
Babbling Book
39169 • KAR_009
Regular 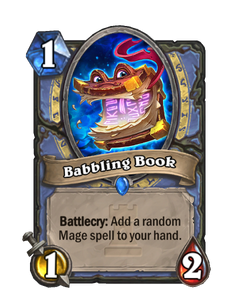 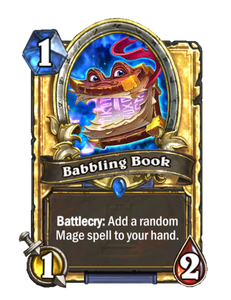 His idol is the Green Hills of Stranglethorn, and he won't shut up about it. 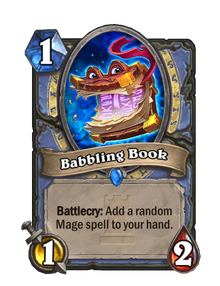 Babbling Book is a rare mage minion card, from the One Night in Karazhan set. 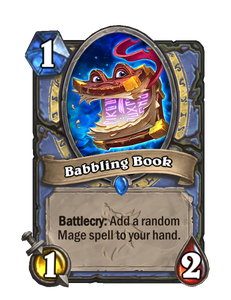 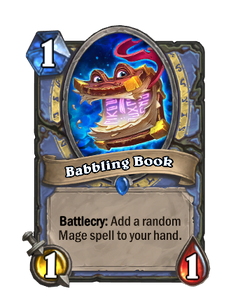 Great to fill the last empty slots in any Mage deck. Not only for a chance of another powerful Fireball or Frostbolt, but also to boost cards such as Mana Wyrm, Arcane Giant and Yogg-Saron, Hope's End.

This appears to be a rather talkative book from Karazhan's legendary libraries.