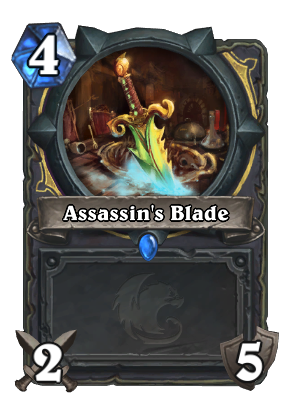 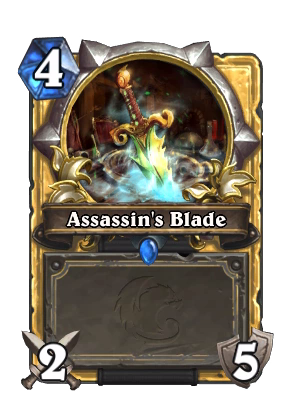 Guaranteed to have been owned by a real assassin. Certificate of authenticity included.

This is the Core set version of Assassin's Blade, a rare rogue weapon card, originally from the Legacy set.

For more information about Assassin's Blade, see the original version. 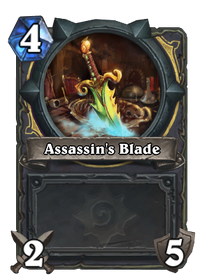 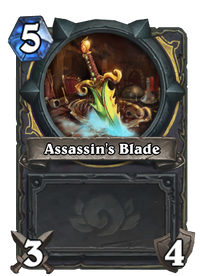 Assassin's Blade (Core) is uncraftable and cannot be crafted or disenchanted.