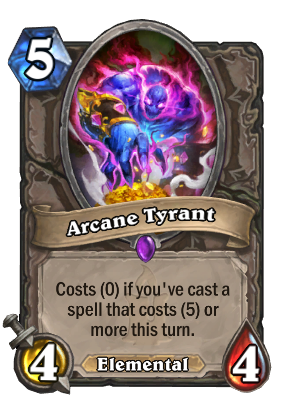 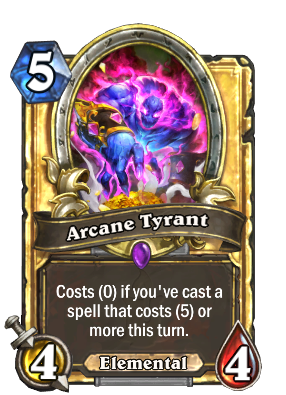 Costs (0) if you've cast a spell that costs (5) or more this turn.
Flavor text

Tyrant is such a strong word.

Arcane Tyrant is an epic neutral minion card, from the Kobolds & Catacombs set.

Arcane Tyrant can be obtained by:

Arcane Tyrant works well in slower, spell-heavy control decks, adding an extra body along with your spells. It's more effective when used with expensive spells that generate little to no tempo like Nourish as a way to not fall behind too much.