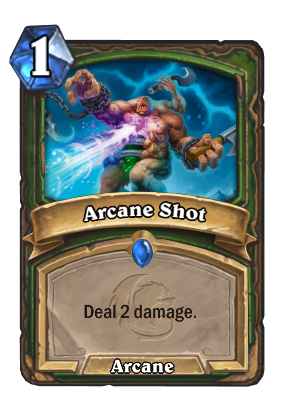 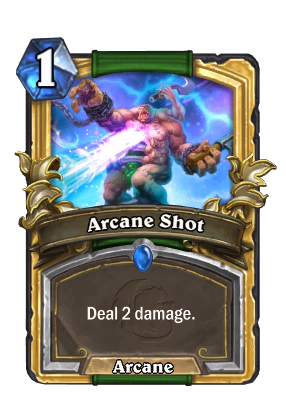 Magi conjured arcane arrows to sell to hunters, until hunters learned just enough magic to do it themselves. The resulting loss of jobs sent Stormwind into a minor recession.

This is the Core set version of Arcane Shot, a rare hunter spell card, originally from the Legacy set.

For more information about Arcane Shot, see the original version. 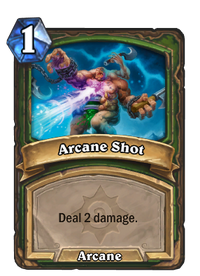 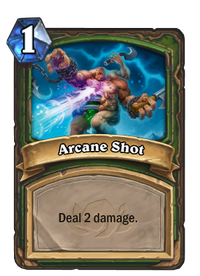 Arcane Shot (Core) is uncraftable and cannot be crafted or disenchanted.