We’re pleased to unveil the next epic game from Blizzard Entertainment—Hearthstone: The MMO! 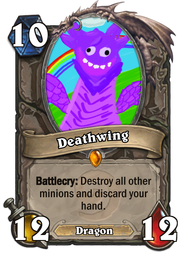 Card art for 43 different cards was swapped out in the database. All the art can be found below with all artists credited beneath their card. Can you figure out all the art changes?

Inspired by Hearthpwn's efforts, a special site-wide notice was added announcing: "With the arrival of Patch 40116, numerous cards have had their art updated to more fully fit the original vision for the card. We are currently in the process of uploading the new art to the wiki, which should take around a day to complete. We would like to apologise in advance for any disruption this may cause, and assure readers that normal service will resume shortly." 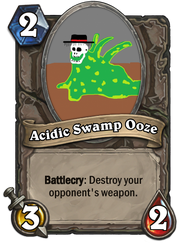 "Updated" artwork for most of the featured cards was added, along with a return of the original card art for Acidic Swamp Ooze.

The Hearthstone subreddit was given an overhaul for the day, with excited duelists, trap cards, Exodia, and Kuriboh. The archived link above preserves the renovations.

Drowning or becoming snake people. Those were the choices Lady Vashj and her people was given as they slowly sunk to the bottom of the sea. As it turns out, going from "Chief among Queen Azshara's handmaidens" to "Serpentine Naga" is a good thing if you are evil (gaining 6 arms and snake hair is also a bonus). Well, that's what you get when the Old Gods corrupt your race. But Lady Vashj doesn't mind, beauty comes from the inside after all, and now she joins up with Illidan to show everyone how dark the sea can really be.

April 1st 2015 saw an official Hearthstone Fools in the form of patch notes for Patch 4.0.1.2015, and a multi-game Blizzard featuring several games including Hearthstone. 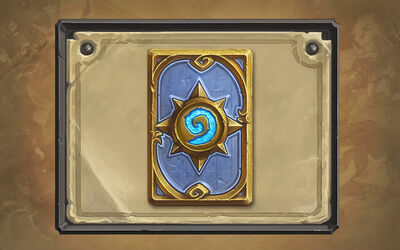 The Classic Card Back: "Remastered" 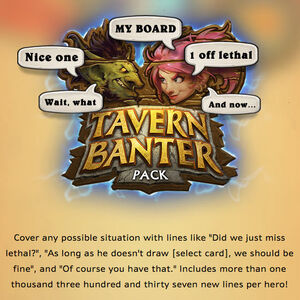 "Not everyone is a social butterfly."

Navigating the social pitfalls of online gaming can be a challenge. How do you voice your opinion without stepping on your opponent’s toes, or keep up with witty emote exchanges if you’re trying to concentrate on your minion count? If these are the kind of things that keep you awake at night, we have the solution. Today, we are proud to present you with a new way to enhance your Blizzard gaming experience: B’Motes!

With a staggering variety of brand-new emotes and expressions as well as an Automated Chat Optimization Overlay (AChOO*), you can finally sound just as epic as the heroes you play. To get the full run-down of how B’Motes will take your social online experience to the next level, visit the official B’Motes page now!

If you don't want to pay to communicate with your opponents with B'Motes, and want the ability to say whatever you want, Curse Voice has you covered! 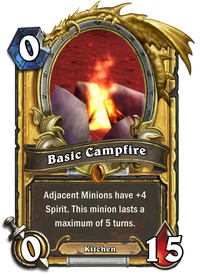 On April 1st 2014, Hearthstone witnessed its first April Fool's Day. This year did not see any substantial Hearthstone Fools from Blizzard, but did see some offerings from fansites.

In addition to all the rewards that Blizzard is giving out to players, we've decided we'd also like to get in on the action. For today only, if you play one match of Hearthstone, and show us a screenshot of you rofl-stomping your opponent in the comments of this post, we will give you the best that downloadable content has to offer; a Golden Basic Campfire! Act now, it's a very limited time offer! Limit one Golden Basic Campfire per awesome person per promotion. Giveaway is not valid to those who have an active Hearthstone account. 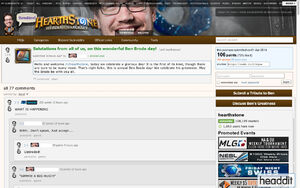 The first ever Ben Brode day

Senior game designer Ben Brode was featured in reddit.com's /hearthstone channel's "Ben Brode day" celebrations.[2] All poster icons were replaced with a picture of Ben Brode, while the up and down-vote icons were replaced with alternately inverted images of his head. In the top-left corner of the screen a small figure boasting an oversized copy of the same image of Ben Brode's head greeted readers with the salutation "Brodies!" when moused over. Top comment apparently belonged to none other than Brode himself, posting shortly after midnight with the simple message "WHAT IS HAPPENING".