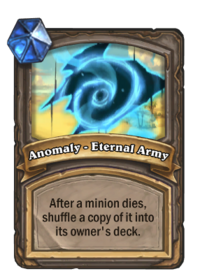 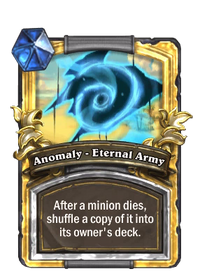 After a minion dies, shuffle a copy of it into its owner's deck.

Anomaly - Eternal Army is one of the Anomaly Modes that the player can randomly get in a Tombs of Terror run.

Minions shuffled into your deck now have the stats they had when they died, so if a minion had taken lethal damage it will come back as an x/0 minion and instantly die.