This article is using {{Card template}}.
See Help:Style guide/Card for how to edit this kind of article.
Edit this article
Annoy-o-Tron
2053 • GVG_085
Regular 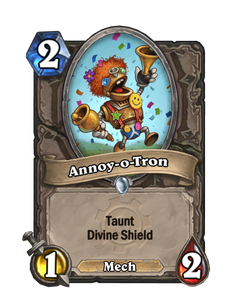 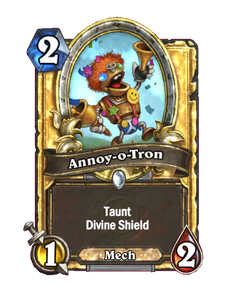 The inventor of the Annoy-o-Tron was immediately expelled from Tinkerschool, Tinkertown, and was eventually exiled from the Eastern Kingdoms altogether. 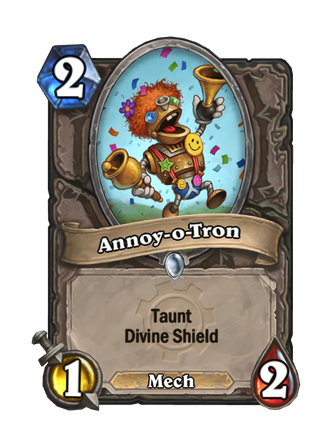 For the The Boomsday Project uncollectible version, see

Annoy-o-Tron is a common neutral minion card, from the Goblins vs Gnomes set. 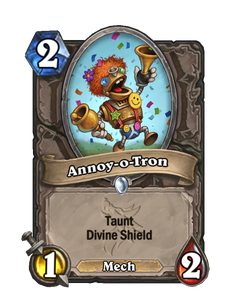 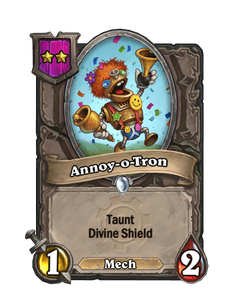 Regular and golden Annoy-o-Tron are uncraftable and cannot be crafted or disenchanted.

As a hard to kill early game Mech, the Annoy-o-Tron can be useful for allowing Mech synergy with cards such as

Tinkertown Technician. As a cheap Divine Shield minion, this card has good synergy with

Like with any cheap Mech, Annoy-o-Tron greatly benefits from Magnetic synergies.

Annoy-o-trons were originally built by the

Psych-o-Tron is the corrupted version of this minion.

Annoy-o-Module is the upgraded version created by Dr. Boom.