This article is using {{Card template}}.
See Help:Style guide/Card for how to edit this kind of article.
Edit this article
Aldor Peacekeeper
1167 • EX1_382
Regular 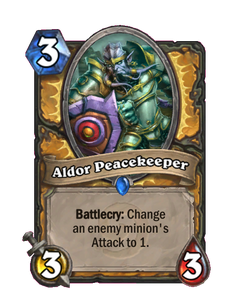 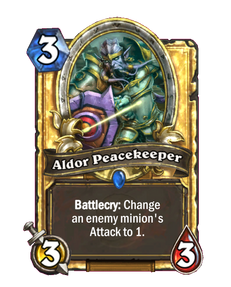 The Aldor hate two things: the Scryers and smooth jazz. 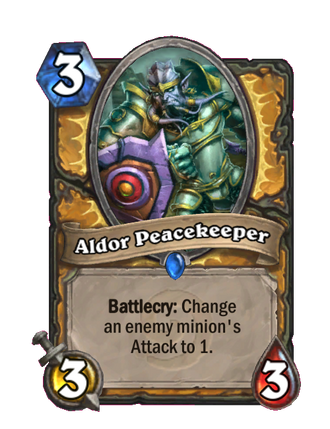 Aldor Peacekeeper is a rare paladin minion card, inducted into the Legacy set, formerly from the Classic set. 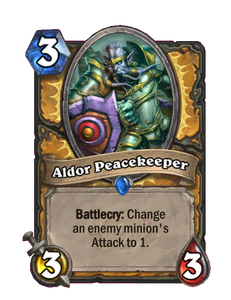 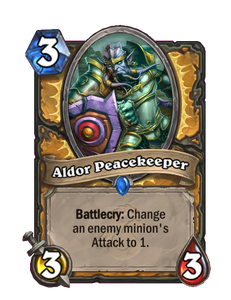 Aldor Peacekeeper are obtained for raising paladin to level 7.

Aldor Peacekeeper (Core) is uncraftable and cannot be crafted or disenchanted.

Aldor Peacekeeper's Battlecry can be used to make it easier to remove tough enemy minions. This is very useful for getting rid of enemy minions with high Health and Taunt.

Fel Reaver are particularly good targets, since the minion will become much less threatening while still negatively affecting its owner.

Do note that unlike

Nerubian Egg to raise its attack from 0 to 1.

An ancient order of draenei priests once run by Velen, the Aldor are currently led by High Priestess Ishanah. They are servants of the naaru in Shattrath City known as the Sha'tar. Rivals of the Scryers.