This article is using {{Card template}}.
See Help:Style guide/Card for how to edit this kind of article.
Edit this article
Aeroponics
55036 • DRG_314
Regular 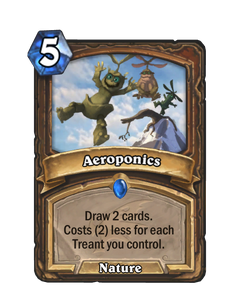 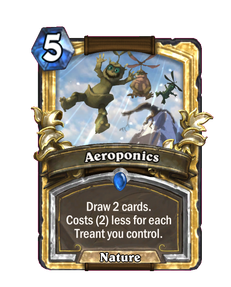 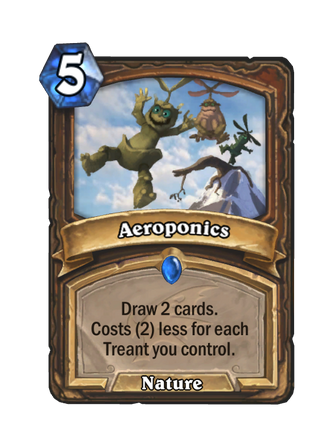 Aeroponics is a rare druid spell card, from the Descent of Dragons set.

While fairly inefficient on its own, controlling a single Treant makes Aeroponics equivalent to

Soul of the Forest, or

The Forest's Aid) make it free to cast. A Treant-based deck should be able to put out enough Treants that they shouldn't have trouble finding a turn to play this card with a heavy discount, such as a turn 4 play with

Landscaping, and the draw power helps fuel the deck's aggression. As a bonus, it triggers

Garden Gnome, which can then be used to draw cards on turn 6.