This article is using {{Card template}}.
See Help:Style guide/Card for how to edit this kind of article.
Edit this article
A Small Rock
49268 • GILA_500p2t
Regular 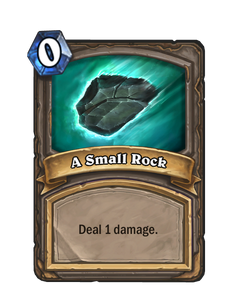 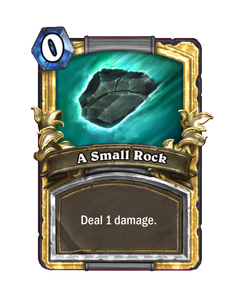 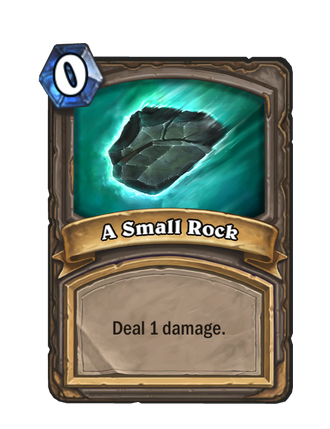 Scavenge in The Witchwood Monster Hunt mode. This only happens if she uses it when no spells have been cast yet.

Am Small Rock can be good to stock up on these early in the match until the enemy casts a spell. They are not only good for generating copies with less mana (such as with the

SI:7 Agent once you reach 3 mana) but also in triggering spell effects, like with

Sinister Strike (to attack enemy hero) or minion-targeting spells, it has the flexibility of being able to do either, and the lack of cost means it won't interfere with playing minions. It's useful for clearing the way for them, so minions don't get targeted right out the door.

These also benefit very nicely from "Spell Damage +1" cards like

Frigid Snobold so it can pay to stock up on these early until you can play one of them, and then use it to decimate minions.

This especially makes sense against Face Collector since it can be difficult to kill his minions in a single turn: once he upgrades them you've lost the progress of any damage as it's transformed into a new minion (effectively summoned). 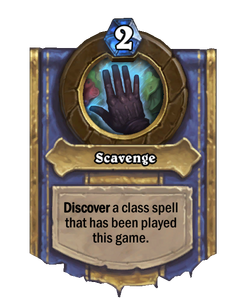