A Less Friendly Game of Chess

"Things have gotten a little underhanded at Medivh's Magical Chessboard. Bring 6 unique cards and hide them under the table, they could swing the match in your favor!"

Based on the Chess encounter from One Night in Karazhan and on the previous brawl A Friendly Game of Chess, all matches in the Brawl are played on the Karazhan battlefield.

This Brawl sees players recreating the Chess encounter from One Night in Karazhan. At the start of each Brawl the players are randomly assigned to play either the White or Black King heroes, each with only 20 Health. Both use identical premade decks of 15 special cards and 6 cards chosen by the player, as well as the Castle Hero Power, matching the encounter's Normal mode version. With most minions unable to attack directly - instead dealing damage automatically - players will have to think carefully in order to triumph in this Brawl. 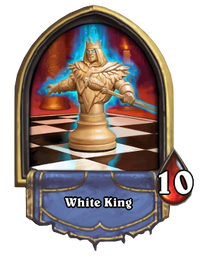 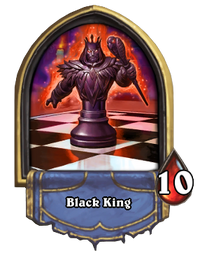 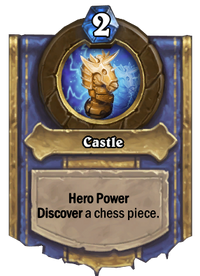 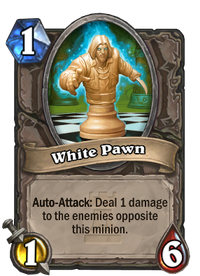 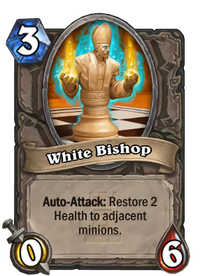 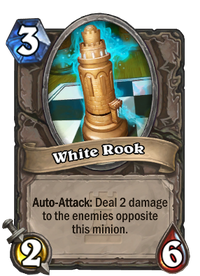 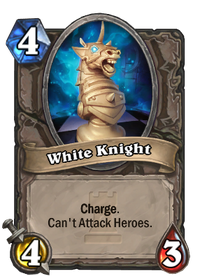 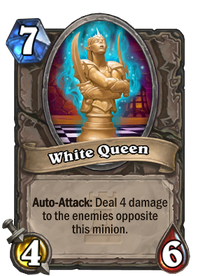 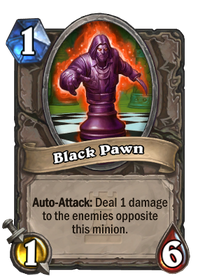 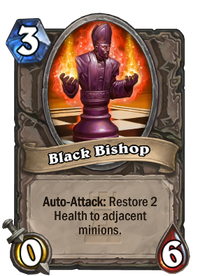 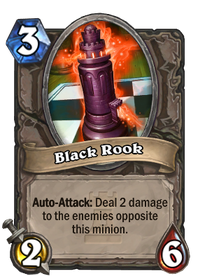 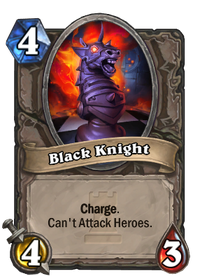 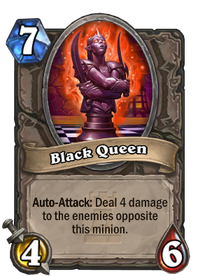 Both decks are identical (colours aside), and are composed of only 15 cards and other 6 cards chosen by the player, matching the number of pieces in an actual game of chess (heroes included).

For the most part, the strategy of this brawl matches that of A Friendly Game of Chess, with the best planning and smart board positioning determining the winner. However, the six extra cards both players bring can seriously shift the game.

Minions you bring will not have the rules of chess pieces, letting them freely attack any enemy minion or the opponent's hero. For this reason, Rush and Charge minions are fairly valuable. Taunt minions may also be a good pick - they won't stop chess pieces, but will still prevent your opponent's normal minions from attacking anything else.

There are a few good archetypes of cards to bring. Board clear cards like Twisting Nether and Plague of Death can be surprise recovery tools, letting you get back on even footing if you fall behind on the board. Cards with on-damage triggers or Enrage effects such as Armorsmith, Frothing Berserker, Gurubashi Berserker, and Gahz'rilla can be highly valuable, since your opponent will be forced to attack and power the minions up. Health gain is also very strong, particularly armor gain, since damage from chess pieces usually happens in very small increments over time. Consider using cards like Shield Block and Oaken Summons.

Be aware that buffs are not good cards to use. The chess pieces deal a fixed amount of damage with their Auto-Attacks, not an amount based on their stats.

Both heroes' emotes match those from the original Chess encounter.

Due to his original role as the enemy boss, many of the Black King's emotes are written as if in direct response to the matching emotes of the White King. The Black King also lacks Thinking and Concede emotes, for the same reason.