A Friendly Game of Chess

"Challenge an opponent to a game of chess! Most of your pieces will automatically attack the minion (or minions) in front of them!"

A Friendly Game of Chess is a Tavern Brawl. It debuted on October 5, 2016.

Black King encounter from One Night in Karazhan, all matches in the Brawl are played on the Karazhan battlefield.

This Brawl sees players recreating the

Black King encounter from One Night in Karazhan. At the start of each Brawl the players are randomly assigned to play either the White or Black King heroes, each with only 10 Health. Both use identical premade decks of 15 special cards, as well as the Castle Hero Power, matching the encounter's Heroic mode version. With most minions unable to attack directly - instead dealing damage automatically - players will have to think carefully in order to triumph in this Brawl. 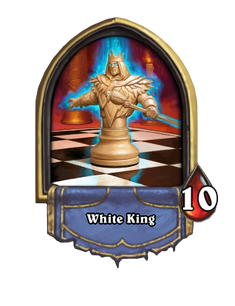 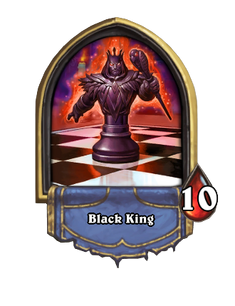 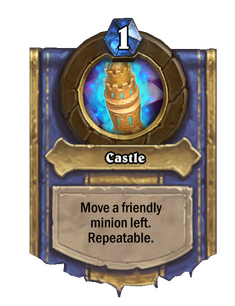 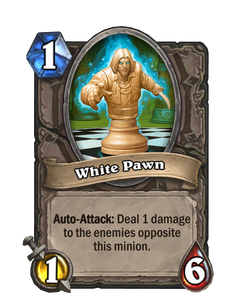 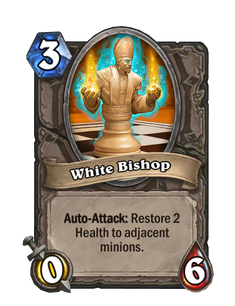 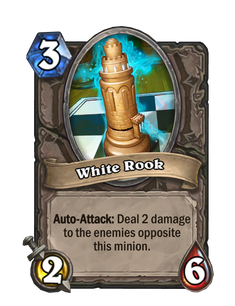 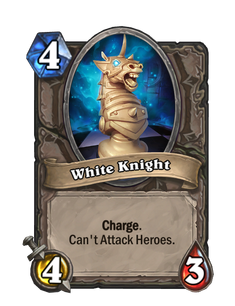 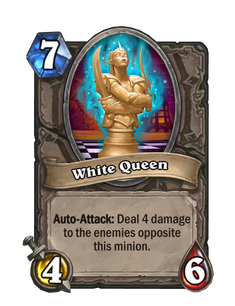 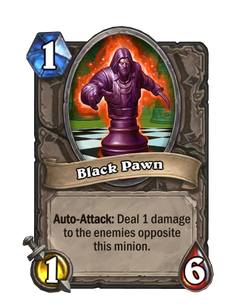 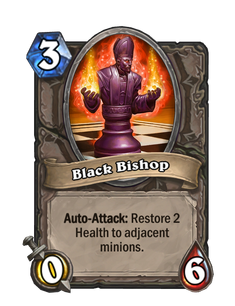 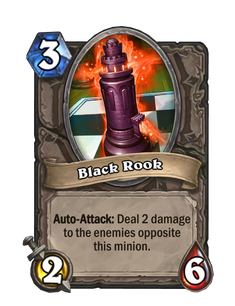 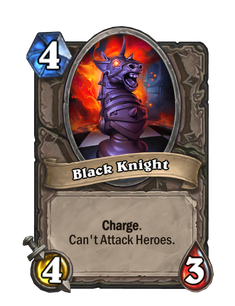 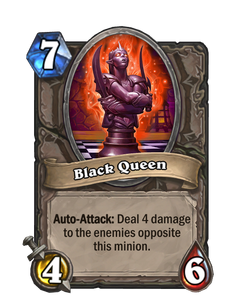 Both decks are identical (colours aside), and are composed of only 15 cards, matching the number of pieces in an actual game of chess (heroes included).

"Proper positioning is key to victory. Get those double attacks!" -

The small deck size in this Brawl is matched by the heroes' low Health, making for short but strategically intense matches. Be aware of your limited card pool and try to outlast the opponent through good use of the Bishops, and cunning positioning to eliminate of the opponent's pieces, especially the Queens, as well as the other special pieces.

Adding 2 or more pieces beyond the opponent's current board size can allow you to sneak in some damage directly to the enemy hero, but focusing on getting in those "double attacks" usually yields better results. Try to maximise diagonals and focus hard on damaged and high priority targets.

The Hero Power can be very useful for focusing fire and redistributing healing - ideally bear it in mind when summoning minions. It can be used repeatedly, allowing for complex repositioning, which is particularly useful in the later rounds as the deck and hand empty.

Both heroes' emotes match those from the original

Due to his original role as the enemy boss, many of the Black King's emotes are written as if in direct response to the matching emotes of the White King. The Black King also lacks Thinking and Concede emotes, for the same reason.