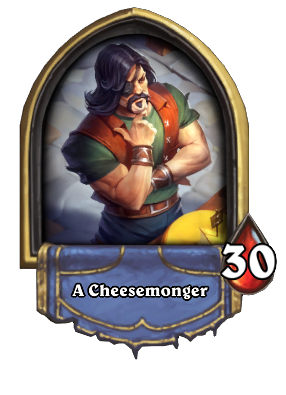 Undercover SI:7 agents are all over Stormwind, in places you would never suspect.
External links

For the collectible card in the United in Stormwind set, see Cheesemonger.

A Cheesemonger is the fifth boss in Tamsin's Book of Mercenaries chapter. 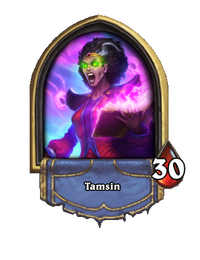 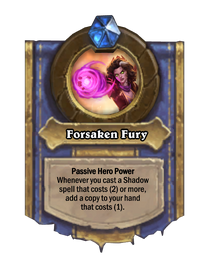 Tamsin (present)
▶️At last I was free to continue my mission, but the path to the Cathedral was well-defended. Fortunately, I knew the city well from my youth.
▶️Security was weak in the Trade District. I chose to sneak through there.

A Cheesemonger
▶️We will defend our kingdom to the last man!

A Cheesemonger
▶️We will fight to the last manchego.
▶️Live brie or die.
▶️Are you feeling a little bleu?
▶️I know, these are cheesy.
▶️<Sigh>... This stinks.

A Cheesemonger
▶️This city -- its people -- we will stand against you!
Tamsin
▶️What are you going to do? Fight me with feta?

A Cheesemonger
▶️You'd better watch yourself. There's more to me than meets the eye.
Tamsin
▶️I won't say it. It's too easy. Don't say it.

A Cheesemonger
▶️You will now face our fiercest -- HEY! Get down off of that mailbox.
Tamsin
▶️Now that is something I can dance to.

A Cheesemonger
▶️If you defeat an auctioneer, you get to keep their mallet.
Tamsin
▶️Sold!

A Cheesemonger
▶️The bank is a good place to keep your treasures, don't you know.
Tamsin
▶️Are you here to fight or offer me financial advice?

A Cheesemonger
▶️You better buy something. He hasn't got all day.
Tamsin
▶️Sorry. I'm just browsing.

A Cheesemonger
▶️Don't worry. This one promises his wealth will trickle down.
Tamsin
▶️Eat the rich.

A Cheesemonger
▶️It is wise to stay nourished during a fight.
Tamsin
▶️The bread and my anger are rising.

A Cheesemonger
▶️Our greatest defender is Stormwind itself!
Tamsin
▶️Pah! Just another brick in the wall.

A Cheesemonger
▶️Send word to Master Shaw. The threat has been neutralized.

A Cheesemonger
▶️You'll find the peddlers of Stormwind drive a hard bargain.
Tamsin
▶️I'll drive them out of town.

A Cheesemonger
▶️A simple peasant -- the backbone of the Alliance.
Tamsin
▶️Funny -- I'd use them as cannon fodder.

A Cheesemonger
I'm not really much of a reader. Unless it's a book about DEMONS.

Cheesemonger is the Hearthstone representation of Elling Trias, the owner of Trias' Cheese in Stormwind's Trade District. He was formerly a master rogue and implied to have been a member of SI:7, still maintaining a web of shady contacts. Eventually, he retired from that life to pursue his life's true passion: making cheese.