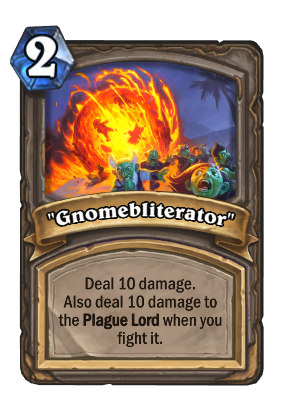 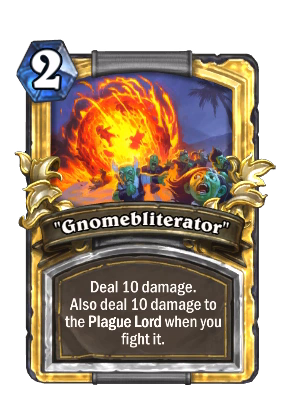 "Gnomebliterator" is an uncollectible neutral spell card, from the Saviors of Uldum set. It can be drafted as a treasure in a Tombs of Terror run.